Ashley Nocera is from Woodbridge, New Jersey. Born on 15 August 1995, Ashley stands at 5 feet 0 inches tall and has an hourglass body type with measurements of 34B-24-36. She has dark brown eyes and black hair to match her beautiful features.

With a degree in nursing from Wagner College in New York City, Ashley is physically fit and highly educated. Her zodiac sign is Leo, reflecting her determination and ambition to reach the top in everything she does. 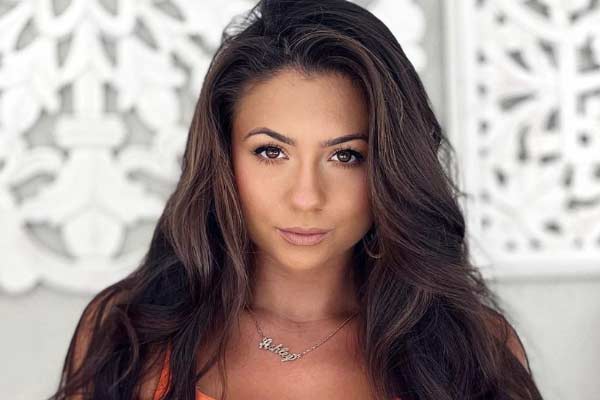 Who is Ashley Nocera

Ashley Nocera is an inspiring and influential figure in the fitness world. She has achieved worldwide success as a professional bikini athlete and fitness model, amassing millions of followers across various social media platforms such as Instagram, Facebook, Snapchat, TikTok, and YouTube.

Ashley has inspired many who strive to reach their own physical goals with her impressive physique and positive attitude toward health and wellness.

Her commitment to living a healthy lifestyle is evident in her online presence; she regularly shares tips for achieving one’s personal best with her fans around the globe.

Ashley persevered to become one of the top 10 bikini athletes in multiple WBFF World Championships.

Ashley Nocera is an impressive example of what you can achieve when you commit to your goals. She started as a competitive swimmer but soon realized she wasn’t happy with her body and decided to take up weightlifting instead.

Today Ashley is an ambassador for healthy living and a motivating force for anyone looking to transform their lives through fitness and dedication.

Ashley’s training routine is intense and well-rounded. She trains 6 days per week, focusing on lower-body and upper-body workouts and HIIT cardio for 1-minute intervals.

Wednesday through Friday, focus on different muscle groups, with Saturday dedicated to cardio for 20 minutes on the Stairmaster and 15 minutes on the treadmill before taking Sunday off for rest and recovery.

Ashley believes in the importance of proper nutrition for achieving her goals. Ashley eats 6 meals daily, consisting of lean proteins, complex carbohydrates, and healthy fats to fuel her body and keep her metabolism high.

She takes a variety of supplements to ensure she gets all the essential nutrients she needs to build muscle while maintaining a low body fat percentage year-round.

Ashley’s diet plan includes half a cup of oats with one scoop of protein for breakfast, followed by a fruit smoothie as the second meal; the third meal consists of 6 ounces of chicken with ¼ cup brown rice and 1 cup of vegetables; the fourth meal is ¼ cup almonds; fifth meal features 6 ounces chicken or tuna salad with 1 cup vegetables; sixth meal comprises 4-6 egg whites.

Ashley Nocera and her boyfriend, Alex Sharoykin, have been together for over 10 years. They first met on Facebook in 2009 and quickly developed a strong connection.

Since then, Alex has been a great support system for Ashley emotionally and professionally, as he helped her start her career as an athlete and fitness enthusiast by introducing her to the world of sports. The couple shares a deep bond that is still going strong even after all these years!

Ashley Nocera is a professional bikini athlete, fitness model, and social media star who has achieved great success. She has accumulated an impressive net worth of over $300,000 through her various sources of income, such as modeling, nursing, YouTube channeling, and Instagram posts.

Her success on all these platforms comes from her hard work and dedication to maintaining a healthy lifestyle which she promotes through her videos and posts online. 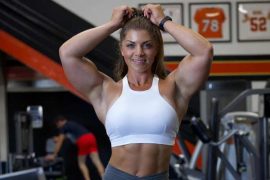 Ida Bergfoth: Discover How She Built a Thriving Career in the Fitness Industry! 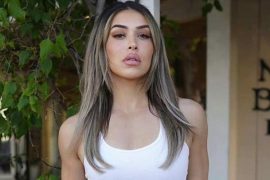 Cass Martin: How A Construction Worker Turned Herself Into A Fitness Icon 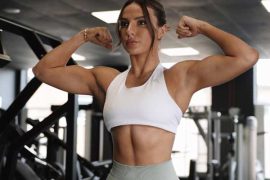 Krissy Cela: From Heartbreak to Inspirational Sensation and Fitness Star