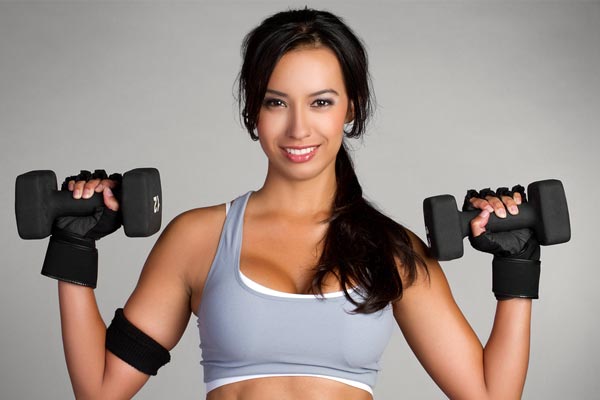 The human body comprises of a number of organic elements, all of which perform different functions and are uniquely adapted for such roles.

Amino acids, which many people largely call “building blocks” to indicate their structural function in proteins or simply “basic units” for making proteins, are one such vital component of the body.

Amino acids consist of a nitrogen and amino-group, where the nitrogen component distinguishes them from the rest of the elements that do not contain this part. Amino acids, which make proteins, play critical roles in the human body.

Before we get far, proteins, which come comprise of amino acids, make up the vast majority of the body.

A human being, or any other living organism, for that matter, consists of numerous cells with distinct functions. Amino acids make up the vast majority of these cells, from cell membranes to the different cell organelles that form the cell.

Amino acids give such cells shape and from of the vast majority of matter for them, which is the primary structural goal played by these elements.

On the other hand, different proteins such as keratin form the nails, hair, hooves and several other parts of the body, highlighting the structural function of amino acids and proteins in general.

Proteins do make up the larger parts of muscles, ligaments as well and tendons and the development of bones. All of these have structural roles to play in the body, which simply adds to the already expanding role of amino acids in such terms.

Amino acids help in the repair of worn-out tissues as well as healing of wounded parts to enable the body stay in good condition.

Neurotransmitters form an important set of chemical elements that help in the communication of messages from the brain to different body parts.

The brain is one of the highly secured systems of the body, along with having tight controls on the exchange of material between it and the blood.

Neurotransmitters, which include hormones and other chemicals, have the capability tom bypass these controls and seek for messages from the brain before transmission to different nerve cells.

Hormones play crucial roles in the provision of messages to different glands and tissues.

The hormone tryptophan and tyrosine are some of the common proteins in this category. Tryptophan is essential for the production of serotonin, which is ideal for the control of moods.

Tyrosine, on the other hand, is essential for the synthesis of adrenalin, which many experts label as the hormone for fight or flight.  It is also responsible for the production of norepinephrine, another important hormone in the body system.

Amino acids form the majority of chromosomes necessary for genetic codes. The structure of an individual, his working, perspectives and unique identity depend on the composition of amino acids, their sequence as well as chemical composition.

The body uses DNA and RNA to collect and piece up the different molecules inside body cells, which control the rest of body activities and developments. 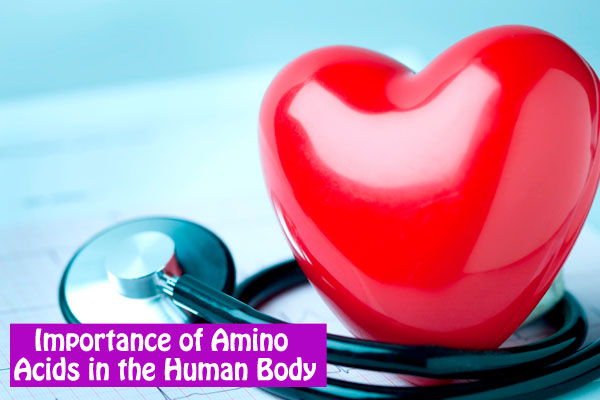 Cardiovascular health rates among the most important facets of health and continues to gain prominence as the years continue to roll by.

Heart diseases, blood diseases and other afflictions that hit blood vessels are now causing widespread fears in the population as medics grapple with such dynamics to provide optimal medication for such cases.

However, proper dieting has always topped the list of mechanisms to up cardiovascular health.

Amino acids have a very critical role in helping to maintain and improve cardiovascular health. Arginine, one of the common amino acids, is used in the production of nitric oxide, which is a key element in the regulation of blood pressure.

Nitric oxide is produced in the muscles that make up the heart, which allows it to control the rate and extent of contractions and expansion of the heart muscles to keep them in good health.

Several studies suggest that nitric oxide may help in the prevention atherosclerosis through its inhibition of occurrence of plaques in the blood vessels.  Several modern medications do have arginine as part of their constituents due to their ability to stem pains that emanate from cardiovascular problems.

Although proteins fall below carbohydrates and fats in the generation of energy, they are, nevertheless, used in the production of energy for metabolism when situation forces the body to turn to such alternatives.

Proteins have a low turnout when it comes to respiration for the purposes of generating energy, which is one of the reasons that make them a lesser option in such cases.

However, certain situations do compel the body to use proteins for production of energy. Amino acids are used as a last option when other food reserves are depleted as a fallback for the body’s energy requirements just before the collapse.

Proteins control nearly all biological processes occurring in the body. Enzymes, which are important catalytic elements for key biochemical processes, are extremely made up of proteins. Enzymes speed up chemical reactions in the body, among them digestion, absorption, assimilation and respiration.

Enzymes comprise of a protein part and an inorganic molecule. Amino acids, which form the protein part, are important for the formation of such enzymes without which basic biological processes would be too slow for life.

Apart from their conventional roles, proteins play a crucial role in the optimization of other body activities as well as the working of other organic elements.

Proteins up to the working of minerals as well as vitamins and a deficiency of certain amino acids are likely to ignite deficiencies in certain vitamins.  Iron deficiencies are highly linked to low levels of tyrosine.